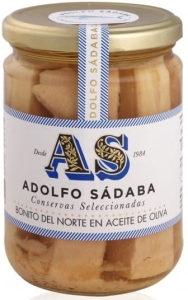 Deep yellow in color as a result of the fermentation in barrel. Very suggestive nose, marked by the aromas of ripe white fruits characteristics of the Pansa Blanca, with light toasty notes. Broad on the palate with, a well structured body and long on the finish

The wine region of Alella is one of the oldest in Europe. Ever since roman times, when it was a principal wine region for the empire, the area has been infamous for the quality of its wines. In the modern era, without a doubt, Mas Parxet is one of these.

Situated in the Sierra de Marina mountain range, and only a few kilometres from the sea, the landscape, with a sharp gradient of 500 meters, and it’s characteristic sandstone soil, make this region perfect for small wineries with low intensity production, and some spectacular white wine. In 1920, the owners of Mas Parxet in Tirana, inspired by the magnificent geographical conditions opted to exclusively produce sparkling wines, following the traditional method. The proximity to Barcelona itself, and the region’s role as a summer retreat for the bourgeoisie of the time, is also important to the identity of Parxet.

In 1986 the first Titiana was elaborated using grapes from some of the first Chardonnay vines ever planted in Spain. The highly technical nature of white wines from the region prompted the introduction of this variety, and cuttings from these vines formed the basis of plantations all over the country. As they would later do with Pinot Noir and Pasa Blanca, Parxet decided to keep the processes of winemaking on these parcels independent. The project quickly took root, resulting in wines that break with the tradition of sparkling wines that blend of different varieties, resulting in a singular wine that stands out for its balance and harmony.

Titanias are the products of the search for total, radical, purity. We don’t create coupage from different regions, or blend varieties. Each vineyard is allowed to develop its own independent character, resulting in wines with personality, and converting the overall project into one of the most extreme and sensitive winemaking undertakings anywhere. Thanks to Pansa Blanca’s unequalled aging properties, also allow us to continue to experiment, even while the cava is resting.