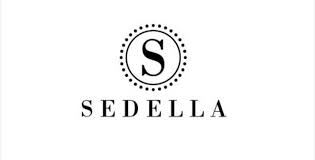 Our goal is to make wine with the utmost respect to the land and the people that surround it. In each bottle of Sedella wines we try to capture all the unique parts that help create it: the terroir, the climate, the landscape, and tradition. We are dedicated to producing native grape varieties by means of organic farming, while promoting the region through sustainable development and generating social media about the Axarquía region where lie the winery and the vineyard.

Sedella is not just another wine; it is a combination of a unique landscape, climate, grape varietal, a land, its traditions and its people. All of these elements combine to create the magic behind this wine; ultimately an expression of an environment captured in each bottle.

The soil is composed of laminated slate terrain called Gorge. Very eroded, grey shale with low organic content; extremely loose and rocky, the water drains quickly from the surface to the root. The roots of the vines are forced to reach down, deep into the soil to reach moisture.

The 2015 vintage climate was characterized by warm winter temperatures without significant snowfall but with moderate rainfall. The spring held little rainfall which drastically limited growth while aiding against any illnesses (which did not appear in this vintage). The summer was hot but with temperatures ranging widely between day and night. The grapes were ripe and ready by end-September. After the harvest, the autumn season was abundant in rainfall, recovering the land from aridity of the past seasons and preparing it for the next year's crop.

Viticulture of minimal intervention, using ancient techniques of cultivation, roman plough pulled by mules and a manual plow in the areas with higher slopes (where the animal cannot reach). Certified organic farming, using goat and sheep manure from nearby farms, and extracts of nettle, cinnamon, oak and acacia for disease prevention and control. Grape harvest hand-picked with low yields.

Aromas reminiscent of the vineyard environment; with notes of peat, iodine, salt, and the Mediterranean. Fresh and fruity with notes of redcurrant, blackberries, orange peel and honeycomb. Very complex and elegant. Spices of caraway, clove, and aniseed. Light woody notes of smoke, toast, and vanilla.